If using Sat Nav, type in the postcode is B91 3JQ to find the College.

From Birmingham City Centre:
Solihull can be reached by several major trunk roads out of Birmingham, including the A41/A34 and A45. The most straightforward route is using the A45, as follows:
• Leave Birmingham City Centre on the Coventry Road (A45) heading east towards Birmingham International Airport and NEC complex.
• Shortly after crossing the junction with the Outer Ring Road (A4040) turn right at the traffic lights onto the B425 (Hob’s Moat Road). After the second roundabout the road turns into Lode Lane.
• Pass the Land Rover plant on the left and continue into Solihull Town Centre.
• Go across the junction with the A41 and at the second roundabout continue straight onto Prince’s Way.
• Follow Prince’s Way round to the left and at next roundabout turn right (3rd exit) onto Church Hill Road. This road turns into Widney Manor Road and the College is located on the left, clearly signposted. 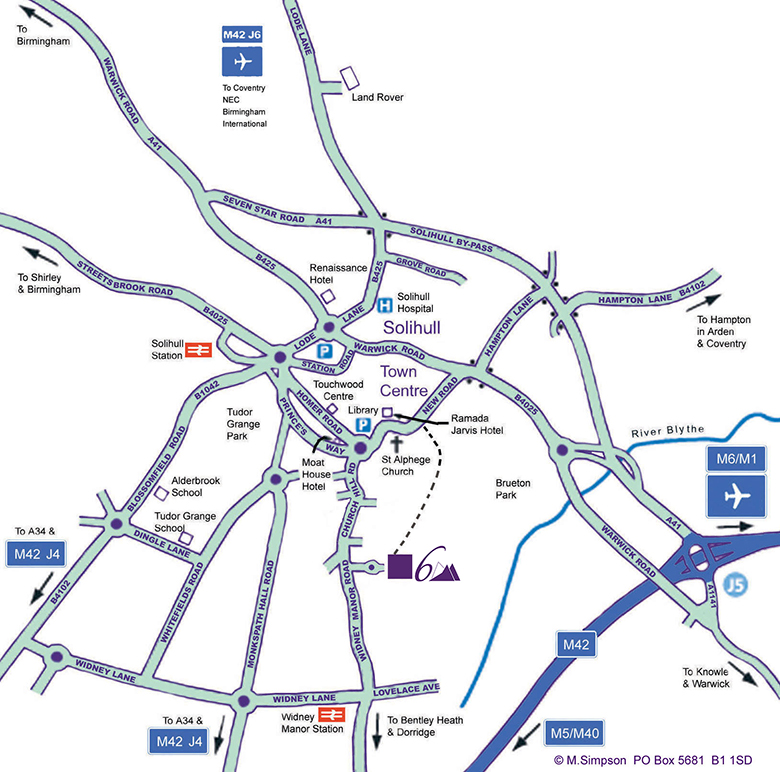 All other bus routes stop in Solihull town centre (either near the High Street or at Solihull Station). Either way, it is then a short walk to the College. Routes include:

The nearest railway stations to the College are Widney Manor and Solihull.

Travelling from the North and West these stations can be reached via Birmingham, using either Snow Hill or Moor Street stations. Travelling from the South and East, Widney Manor and Solihull are on the same line as major stations like Leamington Spa and Warwick.

Plan your journey by bus or train with Network West Midlands.