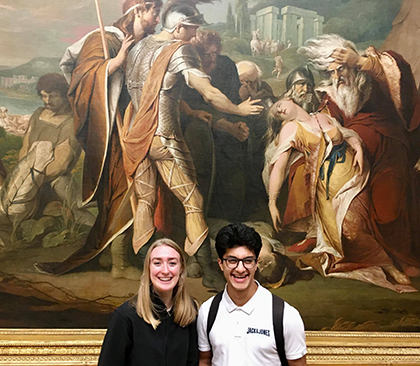 English students at Solihull Sixth Form College enjoyed a fieldtrip to London last week as they visited the Tate Britain.

“It is always helpful when the literature that our students read is brought to life through exhibitions and live performances and this trip was no different. The students enjoyed their visit, which has supported and enriched their learning.”

The A level English Literature course also sees students studying drama texts, such as ‘Othello’ by William Shakespeare and ‘Death of a Salesman’ by Arthur Miller, as well as poetry by John Keats. They also focus on crime writing by studying texts such as ‘Atonement’ by Ian McEwan and ‘Brighton Rock’ by Graham Greene, and explore political and social protest writing by examining ‘The Kite Runner’ by Khaled Hosseini and ‘A Doll’s House’ by Henrik Ibsen.