Gifted students from The Sixth Form College, Solihull are celebrating outstanding achievement on A level results day, with several students getting places at both Oxford and Cambridge Universities and a host of other prestigious universities. 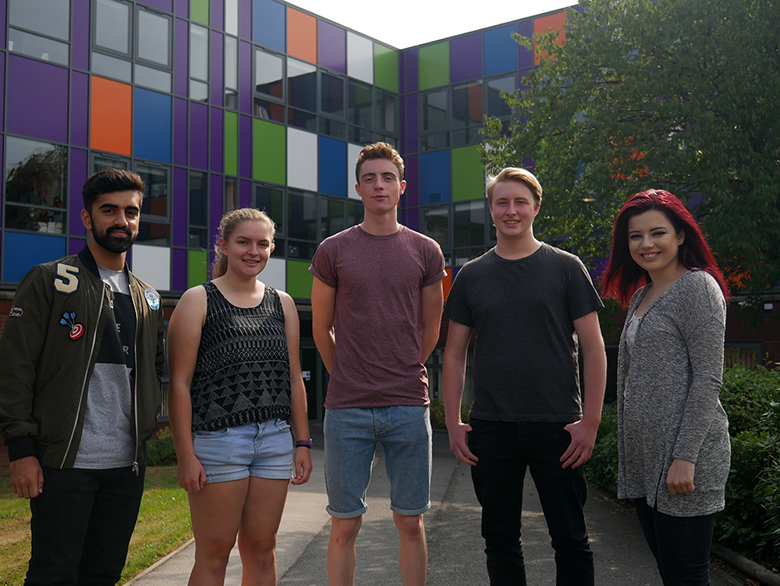 Among the success stories for 2016 are three students going to Oxford (Gabriella Kelly, James Mason and Serena Arthur) and three heading to Cambridge (Samuel Bartholomew, Alice Bennett and Navinder Sami). 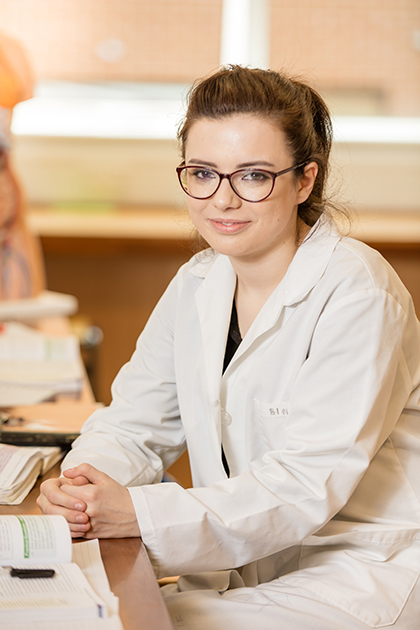 For Gabriella Kelly (aged 18, from Tyseley), her outstanding grades make her the first student in the College’s history to get a place at Oxford to study Medicine. The former Archbishop Ilsley School student is heading to Hertford College after achieving an A* in A level Biology and A grades in Chemistry and Mathematics.

“I can’t believe it; it doesn’t seem real! I’m the first person in my family to go to university and the first to even go to sixth form college, so I never expected this. I received tremendous encouragement from my family growing up, but others told me that people like me couldn’t hope to achieve this sort of thing. Staff at the College really encouraged me. I was terrified to even apply to Oxford and I would never have even tried without the encouragement of staff at the College. It felt like a pipe dream, but I’m actually going to university to study Medicine at the top university in the world!”

Also heading to the University of Oxford is James Mason (aged 18, from Shirley). The ex-Alderbrook School student is progressing to Worcester College to study Mathematics at degree level. He earned his place thanks to A* grades in all his A level subjects; Chemistry, Physics, Mathematics and Further Maths.

“I have a passion for Maths. I find it really interesting and I just really enjoy solving problems. I’m happy with how my exams went and pleased I got into Oxford. I never thought about applying until I came to the College and then I started to think that maybe this was something I could do. I’m really looking forward to getting started now.” 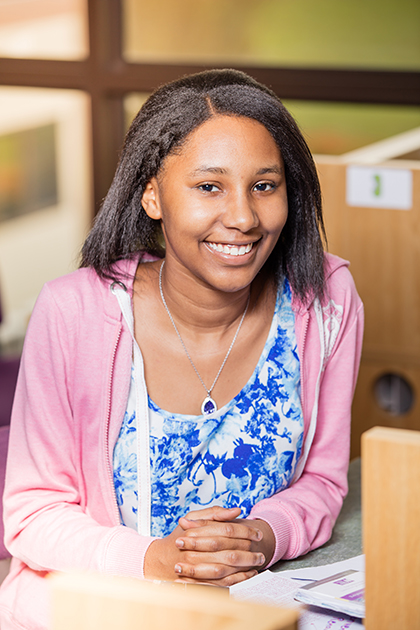 Joining Gabriella and James at Oxford will be Serena Arthur (aged 18, from South Yardley), who is going to study English Language & Literature after achieving an impressive A* in her A level English Language & Literature, as well as great grades in Psychology and Religious Studies. Serena is an ex-Holy Trinity Catholic School student and the current Young Poet Laureate for Birmingham.

“Having achieved high grades at AS, my teachers and parents encouraged me to consider applying. Meeting an Oxbridge tutor in the College’s Gifted & Talented summer school helped to ease any worries that I had about an Oxbridge application and the teachers and coaches input at College was extremely helpful and supportive. The Principal was also always on hand to help us and answer any questions, as well as give advice on our other choices. I was amazed to have got an offer, as there were so many talented candidates for not many spaces, so I was surprised and honoured that I was one of the few that got accepted to such a prestigious university.”

While Gabriella, James and Serena are heading to Oxford, Samuel Bartholomew (aged 18, from Shirley) is going to the University of Cambridge. He has a place at Girton College to study Natural Sciences. Samuel came to the College from Langley School and studied A levels in Biology, Chemistry and Maths, getting A* grades in all those courses, as well as an A in AS Geography.

“I decided to take an Oxbridge application because I wanted to do Natural Sciences, which only Cambridge offers. As I had the grades to apply, I wanted to push myself by putting in an Oxbridge application. The application process was very difficult, but the College helped me all the way through, including practice interview classes, which was very useful in learning what the university wanted from me. I was naturally very excited by the fact I got an offer, although it did increase the pressure to get the grades, but thankfully I managed it and I’m very pleased.”

Navinder Sami (aged 18, from Castle Bromwich) is also progressing to the University of Cambridge. She got A* grades in English Language and Russian and earned a place on their Modern & Medieval Languages course.

“I decided to apply to Cambridge after my Russian teacher suggested that I should consider making an application. At first, I did feel scared at the thought of applying, but once I had researched the course, visited the university Open Day and attended a Taster Day, I decided that it was definitely worth trying! The application process was hard work, but I was lucky to have such great support from the Languages Department, with advice on extra reading to do and with interview preparation. This included having discussions about Russian and German literature and films. I also had a mock interview at the University of Birmingham, which was very useful as I received lots of feedback. I was really surprised to receive an offer!”

Alice Bennett (aged 18, from Solihull) is also going to Cambridge and she has a career in Engineering in mind. The former Tudor Grange Academy student achieved A* grades in Mathematics and Physics and A grades in Chemistry and Further Maths and is heading to Homerton College to study Engineering. Her start at university will be deferred a year while she completes a Year in Industry, which she has already started.

“I’m working at Mouchel in Sutton Coldfield in the waste water department and I’m really enjoying it. The people I work with are really nice and they have me doing really interesting things like simulations and modelling. This year will stand me in really good stead for when I start university and for a subsequent career.”

A seventh students is also heading to Oxbridge – Lucy Dyer is a student at St Peter’s School, who took her A level French studies at the College and achieved an A* grade. She brings the total number of Oxbridge students to seven. As well as these seven students, we have many other students heading to a host of other prestigious universities. Here are some of our success stories.

Asad Butt (aged 18, from Castle Bromwich) is set to start a degree in Dentistry at Kings College London, after achieving all A* grades in A level Biology, Chemistry and Statistics. Asad commented:

“I did work experience at a GP surgery and a dental surgery and I just found Dentistry more interesting, so I decided that this was the career I wanted to pursue. I’m very pleased with my results and looking forward to going to Kings College.”

While Asad pursues a career in Dentistry, Ned Tilling (aged 18, from Balsall Heath) is deferring a year and looking to pursue Medicine. He achieved an A* in A level Biology and A grades in Chemistry and Mathematics and is all set to turn down his university place studying Chemistry to try for a Medical course next year. He explains: