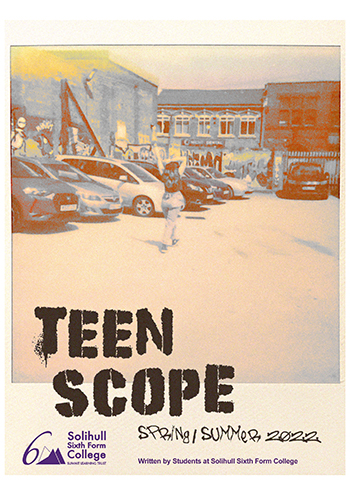 Students took on a variety of different roles as part of this enrichment. Some were interested in writing, others in design and some focused on photography. The biggest challenge came with editing the magazine together. Issue 1 of the magazine came out earlier in the year, but Issue 2 saw students increase their ambition in both what they produced and how they produced it. This included training in how to use professional design software Adobe InDesign.

Among the articles featured in this issue were stories on democracy and participation, mental health issues, gender lessons, conspiracy theories on social media, horror films and an album review.