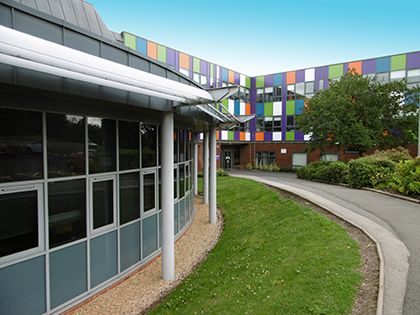 The College’s marketing with Natives won a Silver Award in the ‘Innovation and Creativity’ category. The digital marketing campaign to promote the College’s October Open Day was the campaign highlighted for this honour. Done with Akero Advertising, it utilised the world’s first AI-powered student marketing platform (launched for the first time this year). The platform’s artificial intelligence selected the appropriate advertising channels and distributed the budget to maximum benefit. This was done by scanning billions of data points across Google, Facebook, Instagram, Twitter, YouTube, LinkedIn, Bing and more than 2 million websites. It also analysed millions of previous student advertising campaigns to identify the most effective distribution of the budget to give a smarter, more personalised strategy.

Solihull Sixth Form College used their own in-house creative in the form of short videos, but used the platform’s user-friendly asset uploader, guided by the Akero experts, to structure the campaign, which achieved its goals. Facebook, Instagram and Messenger advertising performed well and the use of Google Search was particularly useful, directing over 1,100 clicks to the Open Day pre-registration page on a limited budget.

“We were delighted with how effective the Open Day campaign ran, as it gave us our highest number of pre-registrations ever. We have worked with Natives for a number of years and it has been good to lead the way as one of the early adopters of their innovative AI Akero Advertising platform. We look forward to more successful campaigns with them in the future, as we look to maximise our reach in a very competitive market.”