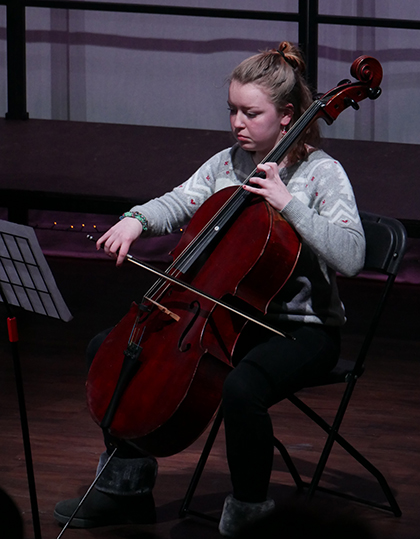 Elly Newcombe (pictured right) and Neve Lawrence (below left) have been offered places at this prestigious music school following a challenging audition. They underwent an interview and an audition in order to get an offer, with Elly performing on the cello and Neve performing on the tuba.

“I’m really pleased to have received an offer. It’s not easy to get in, but it was the lead-up to the interview and the audition that was the worst bit. In the end, the interview was not too bad and I found everyone really friendly. My ambitions are to be in a pit orchestra or a chamber group, so I hope studying at the Royal Welsh Conservatoire will help me to get there.”

“I visited the Royal Welsh Conservatoire and I really liked its location and how friendly everyone was. I applied to several other places too, but this was the one I really wanted. I thought nerves had affected my performance in the audition, but I’m happy I got an offer after all. I have a really specific ambition, which is to play Tuba in the London Symphony Orchestra and that would make me the first professional female tuba player in Europe.” 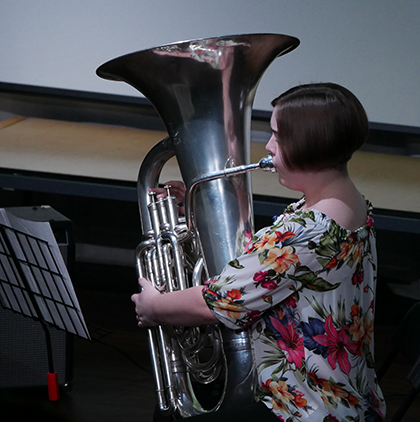 Music teacher Chris Phelps is proud of the achievements of both girls. He said:

“Both Elly and Neve got offers from both the Royal Welsh Conservatoire and the Royal Birmingham Conservatoire and it is very competitive to get into both institutions, so well done to them. You must be a top drawer performer and undergo a rigorous audition process in order to be made an offer, so they should be very proud of themselves.”

Music students will be performing in front of an audience of friends and family in April. The Easter Concert takes place on Wednesday 10 April at 7.00pm. Admissions is free and tickets are available in advance by contacting the College Marketing Office on 0121 704 2581 or by emailing the Marketing Office.