Music students at The Sixth Form College, Solihull have been benefiting from mentoring by students from the Royal Birmingham Conservatoire this term. 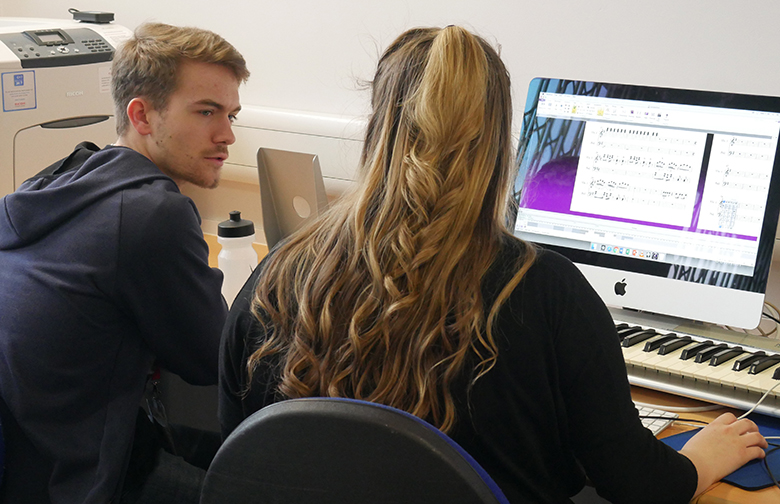 Two undergraduate students from the Royal Birmingham Conservatoire – Joseph and Maarten – visited the College to work with first year A level Music students. The students have been tasked with creating their own compositions and in a workshop the Conservatoire students listened to the work our students have done so far and offered a constructive critique. This included comments on what they enjoyed about the compositions and suggestions for how they could be improved.

“We’ve had a really fruitful association with the Royal Birmingham Conservatoire for a number of years now and it’s always a really useful exercise for our students. Some of our students have ambitions to study at the Royal Birmingham Conservatoire themselves, so getting advice from current students was really useful not only in terms of improving their A level coursework, but also giving them an insight into the standard expected at undergraduate level.”

Composing forms 30% of the A level Music course, with another 30% of the grade coming from Performing and 40% from an examination that assesses their appraising skills. 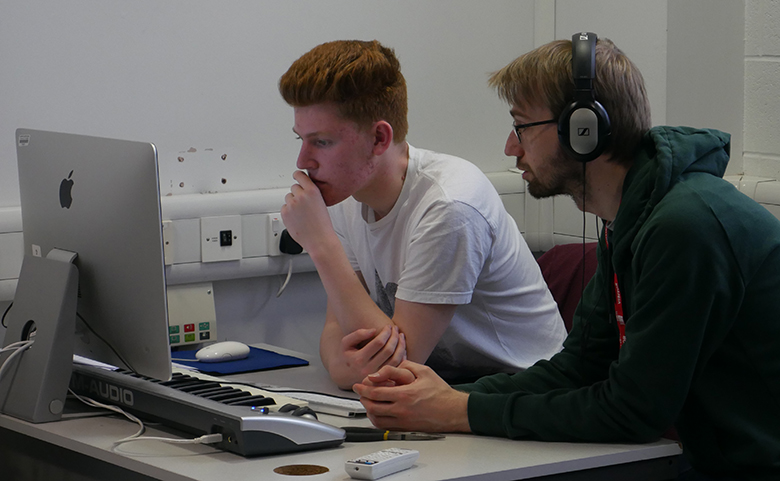 Music students will be performing at the Easter Concert later this month. Taking place on Wednesday 10 April at 7.00pm, this concert is free of charge and tickets are available by telephoning 0121 704 2581 or emailing Marketing.