The Sixth Form College, Solihull – part of the Ninestiles Academy Trust – is celebrating the success of an impressive nine students who have secured places at the Universities of Oxford and Cambridge this year.

A total of 941 applications to university were made from the College this year – the most we have had since 2011. Nine students secured offers from the Universities of Oxford and Cambridge and all nine have secured their places thanks to outstanding examination results. Six students have places at Oxford, while three are planning to start their studies at Cambridge this autumn.

Two of the successful Cambridge students are linguists Megan Bache and Esther Hurst (both aged 18, from Solihull), who are pictured above with Erin Minogue. Both will be going to Churchill College, Cambridge, but while Megan will be studying French & German, Esther’s course is French & Spanish. They each achieved all A and A* grades in their A levels, with Megan getting all A* grades in French, German and Mathematics, while Esther got A* grades in French, History and the Extended Project (EPQ) and an A in Spanish.

“I didn’t sleep at all last night, but I’m really happy with my grades and really surprised too. The entry requirements were A*AA and I thought it was really touch and go whether I would get even one A* so to get all three was amazing. When it came to applying to Cambridge I just thought I may as well, because what did I have to lose. I never really thought it would happen, but the College was really supportive, especially my French and German teachers; they were really pushing me to say ‘You can do this’ and that drove me on. I’m going to be in the same French class as Esther Hurst. We deliberately applied to different colleges because we didn’t want to be competing against each other for limited places, but we both got pulled to the same college, so it all worked out.”

“I feel very relieved and very excited to be going to Cambridge. My academic coach helped me a lot with my application and the languages department were very supportive in terms of preparing me for my interviews. I went into it as prepared as I could be and I came out of the interviews thinking I wasn’t sure how it had gone, but that I had done my best. I’m looking forward to the course and to the year abroad, which I am hoping to be able to split between France and Spain. I’m quite interested in journalism and working as a foreign correspondent or maybe even law, but I haven’t thought too much about it yet. If anyone else is thinking about whether they should make an Oxbridge application in the future, I would say just go for it, because you’ve got nothing at all to lose.” 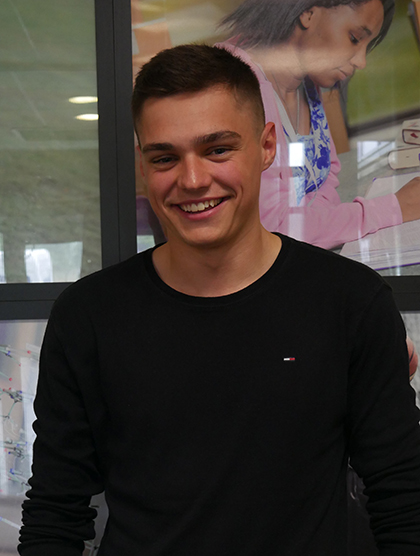 Also taking up a place at Cambridge is Sam Sayer (aged 18, from Shirley). Sam achieved an A* in A level History and in his EPQ, as well as A grades in Economics, English Literature and Politics, to secure his place at Homerton College, Cambridge to study Theology.

“I was nervous in the week leading up to my results, but I’m happy and a bit surprised. I put myself through the process of applying to Cambridge because I thought I’d regret it if I didn’t. I was told that the process would be beneficial to me even if I was rejected. I decided to apply for a subject that I have not done at A level and which didn’t require you to have too much previous knowledge in. It was interesting because the test were fairly general knowledge. I felt throughout that I might not have done enough and initially I wasn’t putting too much pressure on myself to get in, but as you go through the different stages you find yourself wanting it more and more. I’m not sure what this will lead to, but I’m looking forward to getting started and I think it could lead to many different careers because the course is so inter-disciplinary and wide ranging. I hope in three or four years to be doing something that I never really thought I could be doing.” 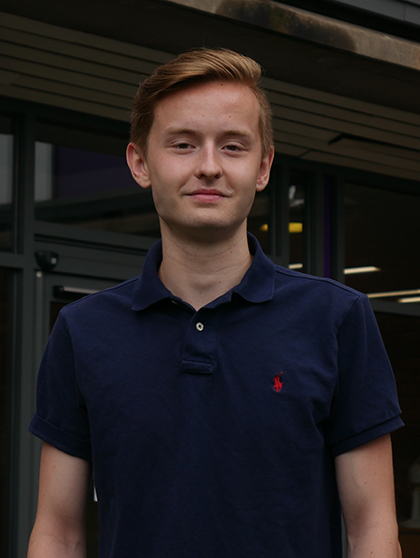 For Alfie Fellowes (aged 18, from Cheswick Green), a place at Pembroke College, Oxford to read Oriental Studies and Japanese awaits. Alfie achieved A* in Politics, A grades in Ancient History and Classical Civilisation and a B in History.

“I’m really happy with what I got. I started to consider Oxbridge right after getting my GCSE results. I looked into it and then they reached out to give me lots more information. There’s an image that it’s only for really posh people, but that’s an image they are trying to get away from. If you make the interview, they really help you and after you’ve done it you realise that it’s less intimidating than you might think. I chose my course because I wanted to get back to doing a language again like I had at GCSE but had not at A level. The year abroad in Japan was a big draw for me with this course and I liked how unique the course is. The diplomatic service is the one career I have in mind at the moment, but this could open many doors for me, so for now I just want to enjoy the course and the experience.”

Erin Minogue will also be going to Oxford, although in her case it will be to read English Language and Literature. She achieved A* grades in Classical Civilisation and her EPQ, as well as A grades in History and Politics and a B in English Literature.

“I’m so relieved to have got in. It has been stressful, but I have got what I was striving for and I’m excited to be going to Oxford. I’m extremely grateful for all the help I received from College at every stage in my application, from the personal statement to the English Literature Admissions Test to the interview stage. Without the help and encouragement I received, the application process would have been much more daunting. Ultimately, I found that the interview stage, which I had been dreading most, was actually enjoyable as it was solely a discussion about a subject I love.”

The other successful Oxbridge students are Toby Lowther, Rayhan Mahmud, Joseph Peace and Adam Taqi, with all four students progressing to the University of Oxford.

Joseph Peace (aged 18, from Solihull) is going to Magdalen College, Oxford to take up a place on the Biology degree course after achieving A* grades in Biology and his EPQ and A grades in Chemistry and Mathematics. Rayhan Mahmud (aged 17, from Small Heath) is also continuing with his science studies. He got an A* in Mathematics and A grades in Geography, Physics and Further Maths, which has secured him a place on the Physics course at Merton College, Oxford.

Meanwhile, Toby Lowther (aged 18, from Kings Norton) has a place at University College, Oxford and Adam Taqi (aged 18, from Birmingham) has a place at Pembroke College, Oxford. Toby will be reading Linguistics & Philosophy after achieving A* grades in English Language, Mathematics and his EPQ and an A in Russian. Adam will be studying Theology after getting two A grades and one B in Classical Civilisation, Law and Ancient History.

“I’m delighted that the hard work and determination of these seven students has been rewarded. They put themselves through a gruelling process in making an Oxbridge application, but it has been worthwhile and they can look forward to very bright futures by progressing such world renowned universities. As a college, we pride ourselves on preparing these students for the challenge of an Oxbridge application, with extra support offered in the form of practice interviews and tutoring for entrance exams. This year has been our best ever haul of successful Oxbridge students, which must mean the support we have offered has been successful.”