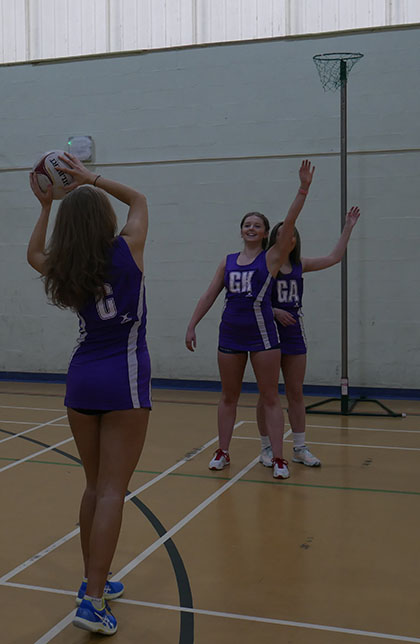 The Netball team at The Sixth Form College, Solihull is celebrating winning the AOC West Midlands Netball League 2 this year.

The girls lost just once all season on their way to being crowned champions and that defeat was only by one goal. The highlight results during the season were a 67-16 victory over Hartpury College, a 73-22 win over Worcester Sixth Form and a 55-21 success over Thomas Telford School. The team also achieved a College record score, when they beat Birmingham Metropolitan College 101-11 in a cup competition.

Fantastic team cohesion was the key to this year’s success. The whole team contributed, but special mention should go to Year 13 student Sophie Shipway for her dedication over the last two years. She has been an inspiration and role model to the current Year 12 students.

“I’m really proud of the team for their consistent effort and commitment throughout the season and look forward to a promising 2019/20 season.”

As well as netball success, the College is enjoying a great season in many other sports. The Basketball Academy (run in conjunction with City of Birmingham Rockets Basketball Club) is currently top of their league, as is the 2nd Football team. The 1st team football is second with games in hand and the Rugby team is third in their league.

Curriculum Leader for Sport & Health, Lee Jones added: “It’s been a fantastic season for all our performance squads this year. Congratulations go to the girls for their netball success and I hope we can add some more silverware before the season is over.”