Two Drama students at The Sixth Form College, Solihull are celebrating after being accepted into the National Youth Theatre.

Joseph Moss and Sophie Reynolds both had successful auditions and are looking forward to get involved with other like-minded young people, as they pursue their ambitions to become actors. 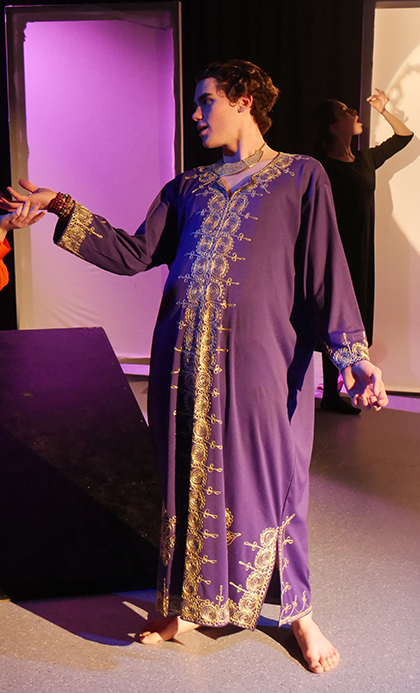 “I went to the MAC Theatre for my audition. I had to memorise a monologue to perform in my audition and I chose a monologue from the play ‘Barbarians’. I decided to apply because my teacher kept urging me to audition as she believed I would get in. I kept putting it off out of fear of rejection, but I finally booked an audition. When I read the email saying that I got accepted I was over the moon; I couldn’t stop smiling.”

“I’d known for a while about National Youth Theatre, but it was one of those organisations where the odds seemed stacked against me so I never really considered applying. The workshop was three hours long and was really fun and absolutely nothing like how you’d expect an audition workshop to be; I’ve made friends already! I’ve accepted my place on their initiation course and will be joining them down in London for two weeks in the upcoming summer holidays. I’m beyond excited and honoured to be working with such an amazing company.” 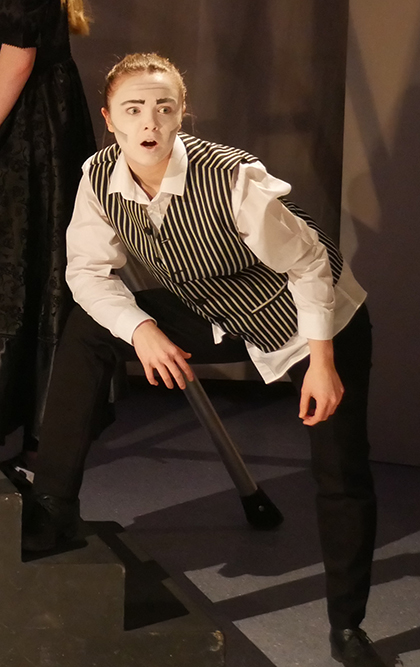 Both students were encouraged to go after this opportunity by staff in the Performing Arts department, who have a strong focus on stretching and challenging their students by way of enrichment options and opportunities outside of College. Being a part of such a prestigious organisation is a great support to these students’ achieving their ambitions and both have a clear idea of what they want to do in the future. Both are studying Drama at A level and are part of the College’s Theatre-in-Education enrichment course.

“I want to be the new Doctor Who! I want to become a famous actor who played Doctor Who; and be the one that saved Doctor Who. I’d like to start off being a stage actor, performing in the West End and Broadway, and then progress into big Hollywood movies or TV Shows. I know my ambitions are a bit unrealistic, but after having that reassurance from NYT, getting in first try, really helped me trust my ambitions, and support my belief that I can make it.”

“This time next year I’ll either be accepted into drama school or taking a year to continue gaining experience to re-audition with the following year. National Youth Theatre is a way for me to continue acting outside of my Youth Theatre (Birmingham Repertory Theatre) and gives so much invaluable experience in the industry which hopefully will give me an edge when it comes to Drama school applications. I hope to continue in the performing arts industry, with my first choice of career being acting. I’d like to use NYT not only to continue my theatre work, but to explore TV and Film as well.

“If anyone at college is thinking of auditioning, definitely do it. The audition day is such a warm and lovely environment and you may just surprise yourself with what you can achieve!”