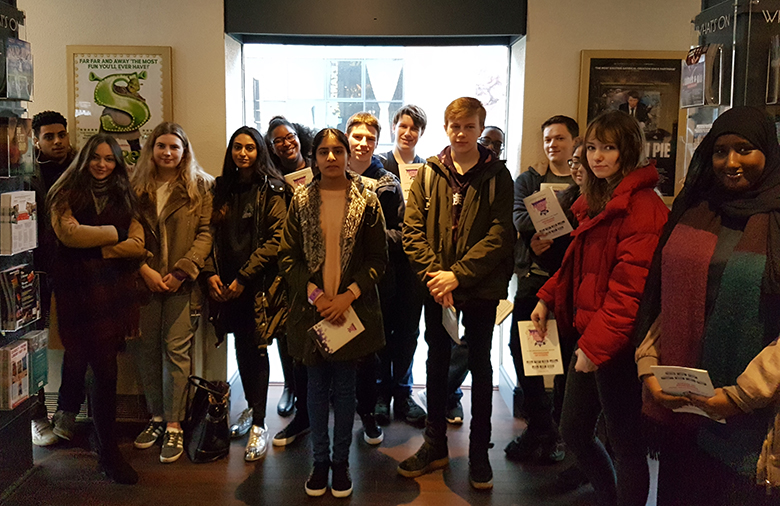 Held at the Alexandra Theatre in Birmingham, the first year A level Mathematics students attended this day-long event to hear from some of the best mathematical speakers from around the world. Matt Parker, maths teacher, stand-up comedian and founder of MathsJam was the compere for the event, introducing the speakers and entertaining the students with his favourite maths puzzles.

Among the speakers at Maths Fest 2018 was Dr James Grime from the Enigma Project. His presentation was on code breaking and included a genuine WWII Enigma machine. Aoife Hunt delivered another talk and hers focussed on simulation modelling and the maths behind crowd movements, important to planning events. Before the lunch break, Ben Sparks from the University of Bath delivered a presentation on maths within music.

In the afternoon, Rob Eastaway demonstrated some cards tricks to the students and delved into the maths behind these tricks. Programmer and Digital Artist Seb Lee-Delisle used his slot on stage to show students how combining maths, coding and art can create complex graphical effects. Finally, TV star and University College London lecturer Hannah Fry delivered a session on hidden mathematical patterns behind seemingly random acts like flipping a coin or dropping a ball.

“It helped me develop an interest for obscure areas of Maths, which I otherwise would likely not develop. It also sparked a passion to educate myself more and achieve interesting things in life.”

“I enjoyed learning about the various aspects of Maths and how even seemingly non-Maths jobs involve Maths. My favourite part was learning that you could use Maths to predict the movement of a crowd.”

Undergraduate students from universities like Warwick, Manchester Metropolitan, University College London and the Open University formed the Maths Fest Crew to support the students during the event and get the students involved.

“It was a great event and a fun way to make the students think about some complex mathematical problems and how they relate to everyday life. For those thinking about continuing their maths at undergraduate level, it also provided a useful insight into what that involves.”