Big-hearted students at The Sixth Form College, Solihull have had a boost in their volunteer plans this year.

The College has given out a series of bursaries from a scheme called the Terry Kitson Scholarship Fund. This initiative provides financial support to students who are looking to take on community projects both in the UK and abroad. The bursary was set up in memory of the late Terry Kitson, a governor at the College from October 1992 to September 1999 and dozens of students have benefitted from this scheme for more than 15 years.

One such student is Rahat Miah (aged 17 from Birmingham), who is planning on travelling to Bangladesh to work with the Muslim Charity on their Children of the World Tour. He received £750 from the Scholarship to go towards his transport to Bangladesh, where he will spend 11 days in Sylhet, Chittagong and Dhaka working with under-privileged children. This includes preparing two new schools for their inauguration and participating in play, art and drama therapy with the children in the Rohingya refugee camps. He will also work with street children in Dhaka, forced to do child labour and help out at a day care centre at the fourth largest brothel in the world Daulat Dia. 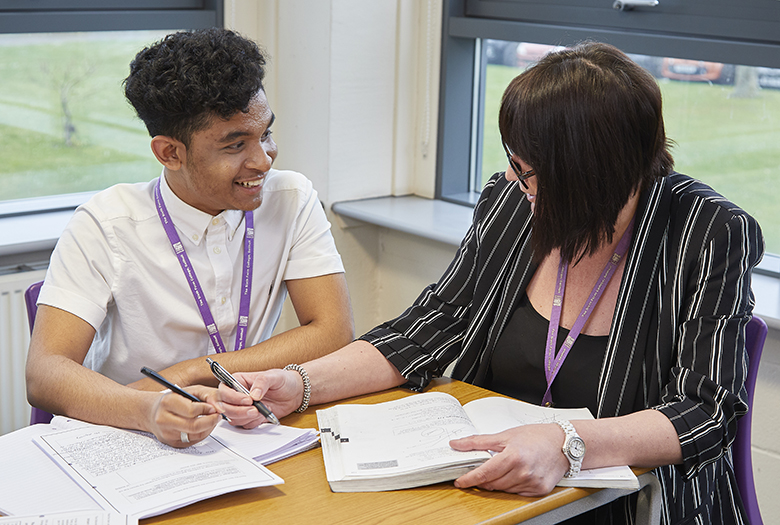 Rahat (pictured above), who has ambitions to become a paramedic after he finishes his studies, explained:

“This is a really humbling opportunity, which gives me the chance to view life outside of the privileged upbringing I have had. I hope it will increase my confidence, give me a sense of achievement and ambition and help those less fortunate than myself. It is also a great opportunity for me to discover my Bangladeshi heritage.”

In addition, four members of Team Gambia 2019 have been successful in getting funding for their College-backed volunteer trip to West Africa. Eve Sayer, Kate Sinclair, Anya Adam and Asber Ali pitched and were successful in getting £750 towards the cost of transport whilst in Gambia. They are planning on spending a week in Abuko in November, with a group of their peers. They will work at the Abuko Nursery and Lower Basic School, helping out with classes of 50-60 children and giving them some rare personal attention. They are also fundraising for the school, with each student trying to raise at least £400 each to help pay for teacher wages (just £375 per year), learning resources and to fund building new classrooms.

Another student hoping to benefit from this bursary is Jijo Mohamed (aged 16, from Birmingham). Subject to submission of a detailed plan, she will receive £300 toward planning for a Fun Day following the month of Ramadan. Involving activities for children such as football, a bouncy castle, face painting and games, this event will be held in aid of the charity Islamic Help, supporting those suffering in Yemen.

“Men and especially women have been suffering immensely in Yemen for the past 4 years. The war in Yemen has been coined ‘the forgotten war’ because there is hardly any coverage in the western media. Children are dying and the country is running out of essential supplies, so we cannot sit back and resume our lives while this is going on. I feel as if we must come together as a community and I want to try and help raise as much money as possible.”