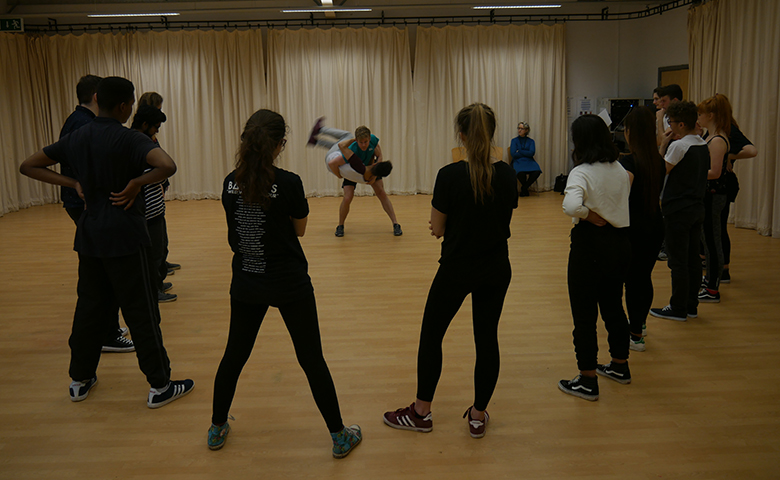 The two 3½ hour workshops, for both first and second year A level Drama students, were run by Steven Miller, who works for Frantic Assembly and has a host of successful acting jobs behind him, including starring as Lenny Lyons in the hit BBC medical drama Casualty. He also had great reviews in Frantic Assembly’s highly acclaimed tour of Othello two years ago. 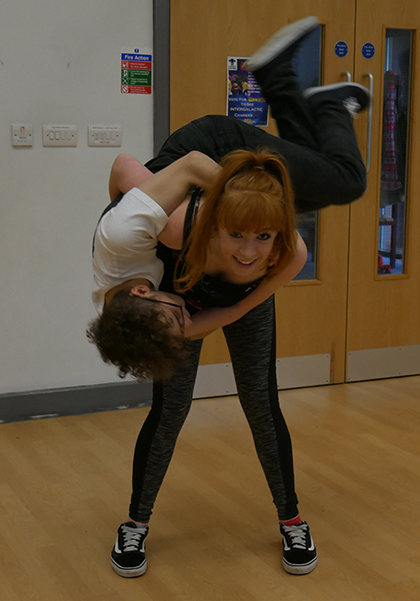 The workshops were highly physical and students worked up a sweat as they completed exercises on devising and physical theatre. The students were also taught techniques for doing spectacular lifts. Everything they learned will be put to use in their own original creative adaptations, as part of the ‘Dram4’ Devised play element of the A level course.

“We’re grateful to Steven from Frantic Assembly for coming into College. The workshops were very engaging and the students all enjoyed it. Some of the lifts were daunting for the students to try, but when properly demonstrated, they realised it was possible to do them safely and without exerting themselves too much. I look forward to seeing some of what they have learned in their assessed pieces later in the course.”

Drama students will be assessed on their showcases after New Year, with Year 12 students completing this work in January and Year 13 students doing so in March.