The Sixth Form College, Solihull 1st Football Team are this season’s winners of the ECFA West Midlands U-19 League. 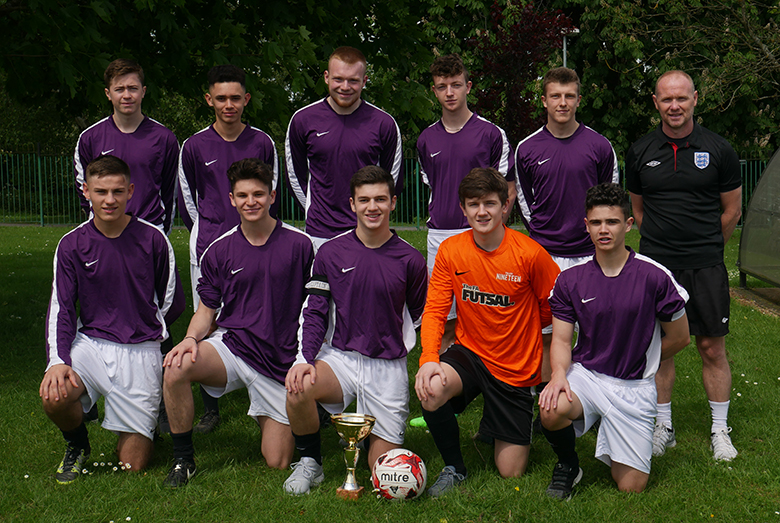 The team lost only one match out of 14 league games this season to clinch the title. During this run of games they recorded the highest victory in College history, when they beat Warwickshire College 18-0. Top goal scorer this season was James Apperley with 20 goals.

The Player of the Season was Captain Lewis Williams, according to UEFA ‘A’ Football Coach Jez Ingram, who said:

“Lewis put in some very special individual performances at a very important time of the season, including scoring a hatrick against North Warwick & Hinckley to win the game 3-2. However, great credit must go to the entire team, as they players performed exceptionally well throughout the season.”

This piece of silverware is the third league title in four years, keeping an impressive run of success for the football team going.

Lee Jones, Curriculum Leader for Sport at the College, added:

“Well done to everyone on this outstanding achievement. The entire team have worked well together and shown great determination and commitment and that has been rewarded.”