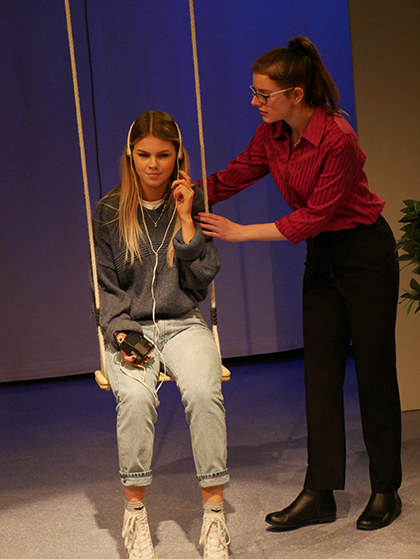 Drama students at Solihull Sixth Form College put on their first Showcase one the year this week, as they performed in front of friends and family.

The first year A level Drama students performed short extracts from a variety of different plays, with all the performances in the style of naturalism. They applied methods of Stanislavski, a 20th century practitioner, in their work, in what were their first performances since joining the College in September.

“It was great to see the students working so hard on their first Showcase of the year. These performances will influence the written Reflective Report or Component 3 and will form part of their final A level grade in Drama & Theatre.”

The next Creative Arts performance will be the Musical concert on 23 October, when students will be auditioning for a music bursary at the Heartfield Wharam Scholarship Concert (7.00pm).