A gifted fencer, currently studying at The Sixth Form College, Solihull, has been selected to represent Great Britain at the Under-17 European Championships in Bulgaria this month. 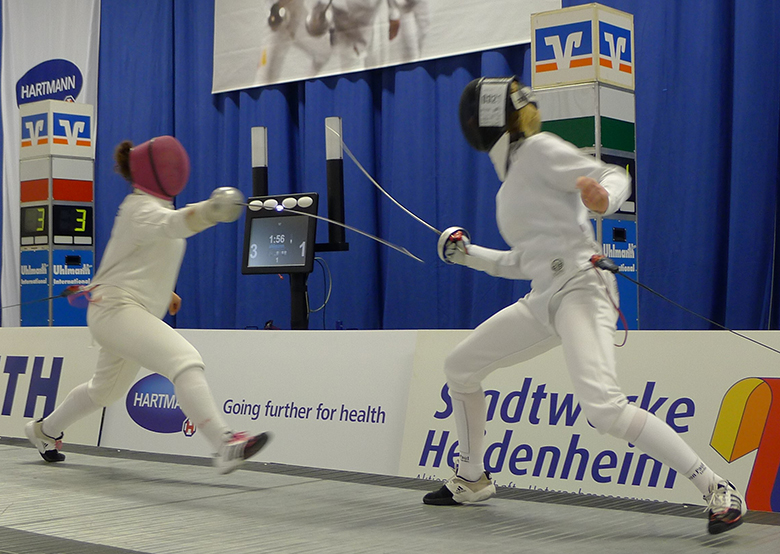 Alexandra Powell (aged 16, from Hollywood) has been fencing since she was 8 years old and has represented England at Under-15 level and Great Britain at Under-17 level previously. The ex-Woodrush High School students fences for several clubs, including Birmingham Fencing, Malvern Hills, Kenilworth Sword and she occasionally even travels down to London so she can train at the highest standard possible and stretch herself.

Alexandra represented England Under-15s at an international in Poland when she was just 14 years old. She came 16th out of 150 fencers at that tournament. Since then, she has been selected to represent Great Britain in Germany, Slovakia, Denmark, France, Austria and Luxembourg for the Cadet Under-17 team. Her selection for Great Britain at international tournaments came through competition, which accrued her enough points to be ranked second in the country. Her selection for the European Championship came from points gained at these international, with only three fencers being selected to go onto the European Championships.

“This year, I have had my best results to date. I won the Cadet British Championships in July and then went on to come 32nd in France out of 220 fencers and 28th in Denmark out of 150 fencers. Both these events had fencers from all over the world, including USA, Japan, Russia, Italy and the rest of Europe. This led to me achieving my goal of making the team for the Under 17 European Championships in Bulgaria and I also hope to be going to the World Championships in March.

“Although I have achieved my goal for this year, next season I will be moving into the Under-20 age group so my ambition for 2018 will be to qualify for the Under-20 European and World Championships. I also hope to make the team for the Junior Commonwealth Games in the same year.”