A gifted fencer, currently studying at The Sixth Form College, Solihull, is heading to Sochi in Russia to take part in the Junior and Cadet European Fencing Championships. 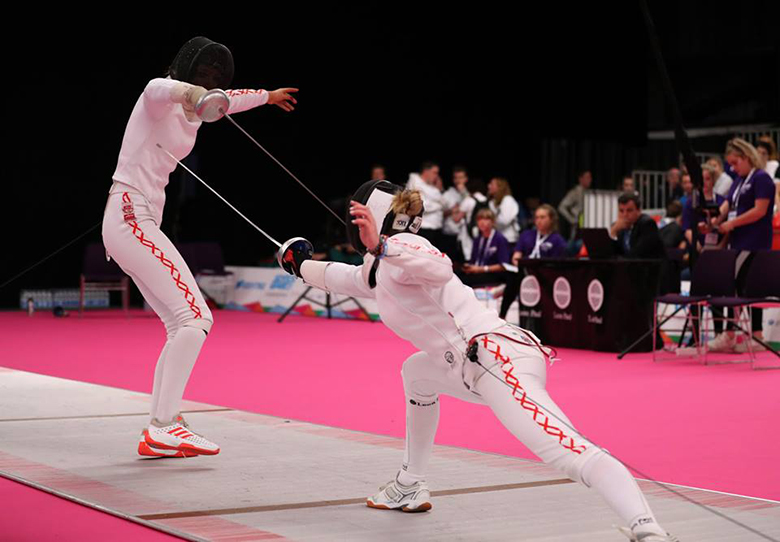 Alexandra Powell (aged 17, from Hollywood) is representing Great Britain in the Junior Women’s Epee. The Championships start today, but the Junior Epee qualification stage takes place on 7 and 10 March. Alexandra will have to fight her way through qualification in order to get through to the Final.

This championships follows hot on the heels of two gold medals at the 2017 School Games at Loughborough University back in September. She played England team-mate Laura Sheffield in the Final – Sheffield is considered one of the top fencers in Europe with a bronze medal to her name from the European Under-17 Championships this season. Alexandra won the Final 15-10 and was awarded the gold medal. She followed this up with gold in the England Epee mixed team competition and was asked by the England Team Manager to collect the overall trophy on behalf of her country.

“It was great to be part of such a prestigious tournament and I’m really pleased with how it went. I had some difficult fights, but I’m pleased with my performance and happy to have been part of the Epee team that won gold too.”

Alexandra has been fencing since she was 8 years old and has represented England at Under-15 level and Great Britain at Under-17 level previously. The ex-Woodrush High School student fences for several clubs, including Kenilworth Sword, Malvern Hills and Birmingham Fencing and she occasionally even travels down to London so she can train at the highest standard possible and stretch herself.

Alexandra represented England Under-15s at an international in Poland when she was just 14 years old. She came 16th out of 150 fencers at that tournament. Since then, she has been selected to represent Great Britain in Germany, Slovakia, Denmark, France, Austria and Luxembourg for the Cadet Under-17 team.