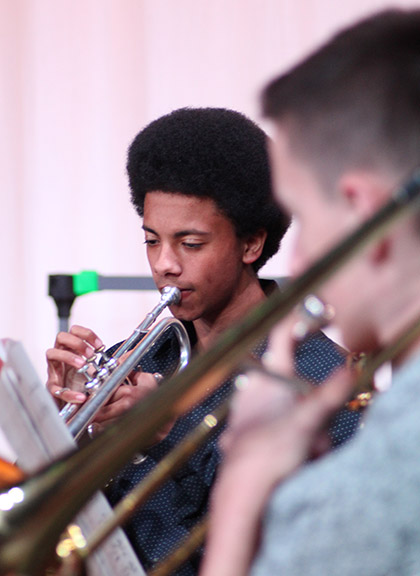 Musicians at The Sixth Form College, Solihull ended the Spring Term with a public performance, as the annual Easter Concert took place.

Students on the A level Music course were among those performing. Their solos featured music on cello, flute, classical guitar, piano, trumpet and tuba, as well as some vocal performances. There was also a performance from the Jazz Group and a student band (Goodband), while the College Choir (consisting of staff and students) performed six songs.

“This was the final concert of the year for our Music students, after two successful concerts earlier in the year. Public performances are an important part of their development as musicians, because it helps them to perform under pressure in preparation for their practical assessments. It was also great to be able to celebrate their achievements their year.”

Two of the gifted Music students who performed at the Easter Concert are celebrating achieving their grade 8 piano with Distinction. Hannah Lindsay and Alex Borland are in Year 12 and both have achieved this very impressive feat, which is above the level that required for their recitals.