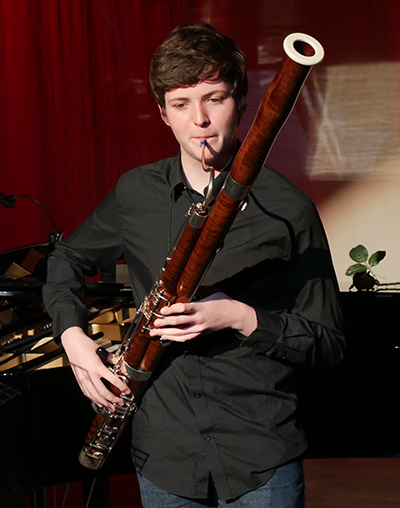 First year students David Harris (right) and Notaya Grant (below) – both aged 16 from Birmingham – shared the top prize for their performances at the Heartfield Wharam Scholarship Concert. David performed ‘Concerto in F, Movement 1’ by Weber on the Bassoon, while Notaya sang ‘Clown’ by Emeli Sande. While David is an A level Music student, Notaya is not, but she is part of the College’s Choir.

13 students performed challenging solos to be judged by a panel of staff, which comprised Vice Principal Janice Hamilton, Drama teacher Nadia Kouhi, Maths teacher and member of the College Choir Mark Schampier and talented pianist and College supporter Chris Collis. They praised all the students for their wonderful performances, but highlighted the extras that really impressed them with David and Notaya’s performances. Both students win £150 to spend on music tuition from an eminent performer of their choice. 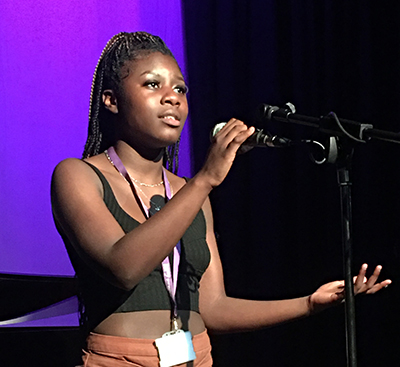 This bursary was set up in memory of two great musicians who strongly supported music in Solihull and at the College. Roy Heartfield was the original Head of Music at the College, who died in post in 1992, while Margaret Wharam was the former Head of Music at Malvern Hall and Head Organist at Solihull Methodist Church. The first winner of this prize was in 1994 and for the last 25 years the scholarship fund has continued.

“Congratulations to David and Notaya for their fantastic performances and well done to all 13 students who auditioned. The most joyful thing about the evening was having live music back in person, after having to do this online last year. Live performance is such a valuable experience for our students and I know the students were nervous, having not had the opportunity to perform in front of an audience for some time. They did themselves and the College proud.”

The next opportunity to see live music at the College will be at the Christmas Concert on Tuesday 14 December at 7.00pm.