Drama Students at the MAC 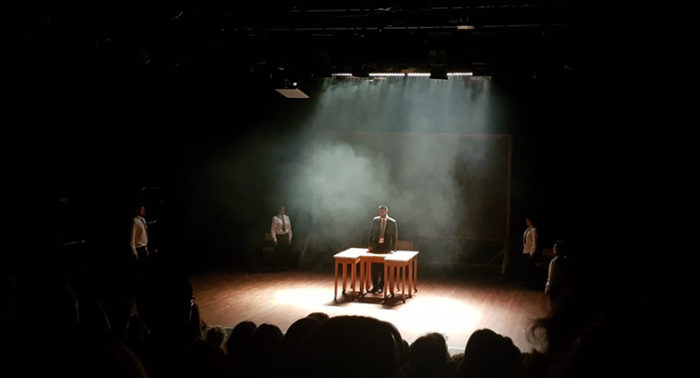 A level Drama students watched the Lung Theatre production about the alleged conspiracy to introduce an Islamic ethos into some Birmingham schools in 2013. Evaluating “live theatre” is an important part of their A level studies, so the opportunity for a question and answer session with some of those people involved in this alleged conspiracy during their visit was particularly useful.

While at the MAC, students also had the chance to meet with one of the co-writers Helen Monks, who is a former student at the College. She studied Drama, English Language & Literature and History at the College from 2009 – 2011.

“It was great to be able to visit the MAC Theatre for this production. Not only did the students enjoy the performance, but the chance to speak to people who can shed more light on these real-life events was invaluable. The students learned a lot.”