Criminology students at Solihull Sixth Form College took part in CSI lesson this week, to give them an insight into investigating a serious crime. 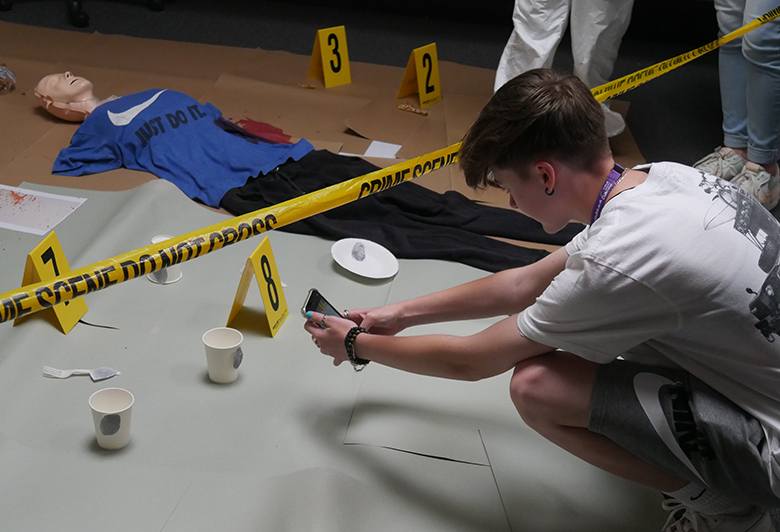 The Year 12 students employed role play techniques to investigate a murder. They divided into groups and took on different roles, including investigating officer, crime scene investigator, forensic officers and witnesses. Those taking on the role of CSIs were the only ones allowed near the crime scene and it was their job to photograph and document the clues they found. Forensic officers were in another room examining those clues to attempt to identify DNA, fingerprints and any other clues that the CSIs could find. Each group had a Senior Investigating Officer (SIO) to take overall charge of the investigation, as would happen in a real police investigation.

A small group of students took on the role of witnesses. They were given a narrative to follow, including what their character’s relationships were to each other and to the deceased. In each group, a student took on the task of interviewing the witnesses to help with their investigation. The students were able to identify which of the “witnesses” had committed the crime, but agreed that it would be unlikely there would be enough evidence to secure a conviction if this were a real life murder enquiry.

“The CSI lessons are always a lot of fun. It helps bring the work of the police, crime scene investigators and forensic officers to life for the students to take on these roles and try to interpret clues for themselves.”