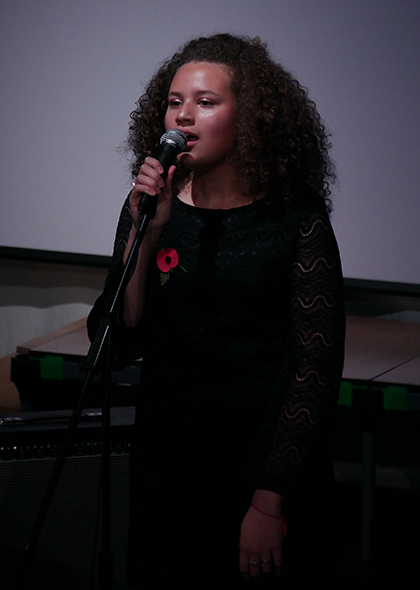 A talented musician at Solihull Sixth Form College is pursuing her dream of working as a professional musician, after securing an offer from the Royal Birmingham Conservatoire.

Petiya Edwards (aged 18, from Ward End) is a talented French Horn player and studies A level Music at the College. She secured an offer to study at the Conservatoire after a successful interview and audition. The latter involved the daunting challenge of leading a Brass section that consisted of third and fourth year Conservatoire students and a postgraduate student.

“It was quite scary to lead a section, because I had never done that before. I had originally thought I might not apply to the Conservatoire, but in the end I decided to push myself and see what happened and I’m really pleased to have been offered a place.”

She has also been selected to take part in Royal Birmingham Conservatoire Brass Project. The Festival takes place in mid-January and will see Petiya take part in workshops and masterclasses, including one delivered by French Horn player Sarah Willis, who is a member of the Berlin Philharmonic Orchestra.

Petiya will also be taking part in the National Youth Orchestra’s Inspire Days. this will include a day’s study in Sheffield, when she can explore the French Horn in more depth.

“I play both the French Horn and the Saxophone and I was really torn as to which instrument to pursue, but not many people play the Horn anymore, so I think that will offer me greater availability for work in the future. I want to become a professional musician and travel the world, because I love music and I love travelling.”

“I’m so pleased for Petiya that she has secured an offer from the Royal Birmingham Conservatoire. She set herself a big challenge and she has been rewarded for the hard work she put in and the talent she possesses.”