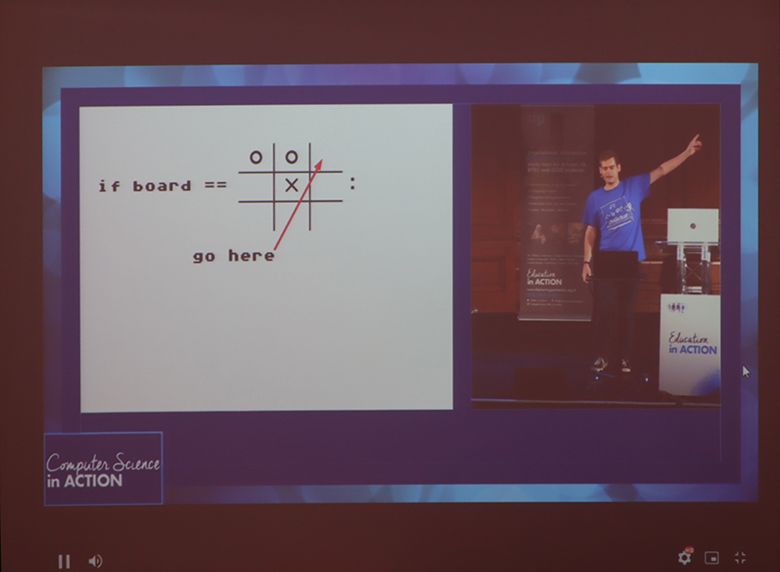 Delivered by The Training Partnership, experts from academia and industry explored relevant topics in a series of online sessions. The aim was to complement the A level Computer Science curriculum and give students ideas about future careers.

Matthew Scroggs from the University of Cambridge delivered a session entitled ‘MENACE: the machine educable noughts and crosses engine’. He was followed by Jon Macey from the National Centre for Computer Animation, who talked about ‘Algorithms and Data Structures = Animation’. Jasmin Fisher from University College London explored ‘Fighting cancer with computers’, while Dave Cliff from the University of Bristol, who delivered a talk called ‘From Robot-Traders to Robinhood: Crazy Times for a Financial Engineer’. Robotics were explored by Amanda Prorok from Prorok Lab, whose session was entitled ‘Robots that work together’ and the day finished with a session on examination success.

“These were informative lectures on various topics; the fourth topic in particular was quite fascinating, as we learnt how the stock markets work and the impact Artificial Intelligence has had on the market.”