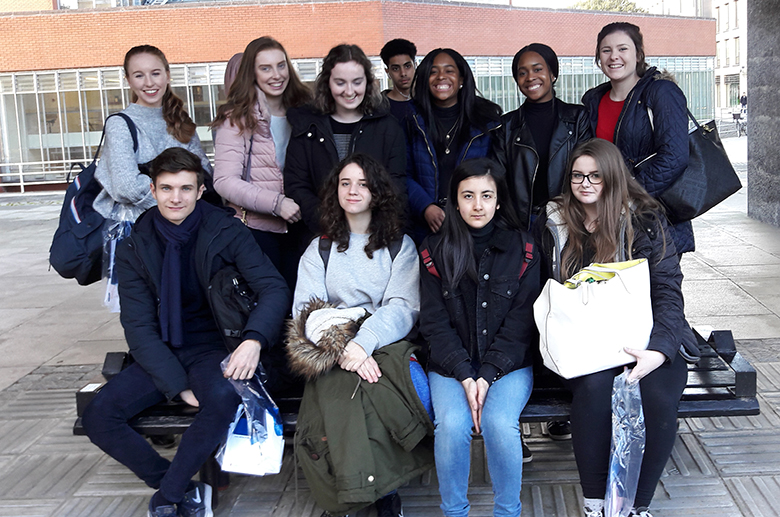 A group of 12 first Year A level students attended a range of talks at the event, including studying languages at Cambridge, opportunities for a year abroad, learning a language from scratch and studying linguistics. The students were all studying at least one of the four A level subjects on offer at the College: French, German, Russian or Spanish.

A highlight of the day was meeting up with former College students Megan Bache and Esther Hurst. Both students left the College last summer after achieving all A and A* grades in their A levels. Both are in their first year at Cambridge, studying Modern Languages at Churchill College. They were able to answer our current students’ questions and tell them all about their experience at Cambridge. Another enjoyable part of the day was lunch in a Cambridge college (Kings, Claire, Selwyn or St. John’s Colleges).

“We’ve had great success in helping our students progress to Cambridge over the years and the success that Megan and Esther had last summer is one example of that. It was lovely to catch up with them and find out how they are doing. They had really useful insights to give to our current students. Some of these students may be considering applying to Cambridge next year and this Open Day will have given them a much better idea of whether it is right for them.”