Bletchley Park Visit for IT

IT students at The Sixth Form College, Solihull travelled to Bletchley Park last week to see where code breakers worked during the Second World War. 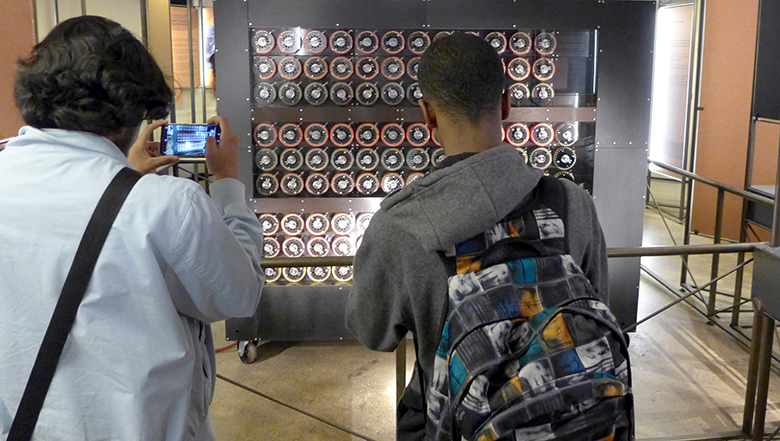 Students on the College’s Computer Science and IT courses went on the trip. They visited the mansion and estate in Buckinghamshire, which was home to the British Government Code and Cypher School (GC&CS) during the Second World War. Some of the foremost mathematicians of the time, including Alan Turing, Gordon Welchman, Hugh Alexander and Stuart Milner-Barry, worked there and they broke the code of the German Enigma and Lorenz ciphers, helping to tip the tide of the war the way of the Allies.

The site is also the home to the National Museum of Computing, dedicated to collecting and restoring historic computer systems. Among the exhibits is a rebuilt Mark 2 Colossus computer and examples of machines continuing the history of the development of computing from the 1940s to the present day.

“This is the second year we have taken a group of students to Bletchley Park. It’s a great trip to give students an insight into the birth of computers and how far technology has come since then. The students also found it fascinating to learn about the work that the code breakers did during the Second World War.”