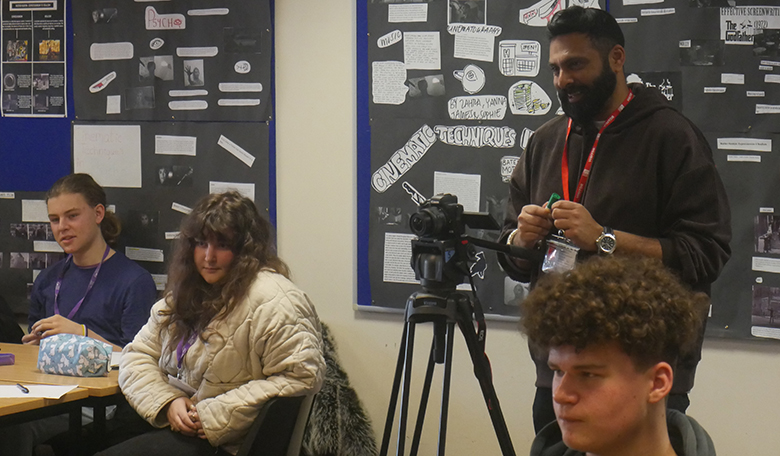 Year 12 students on the A level Media Studies, A level Film Studies and BTEC Creative Digital Media Production courses took part in the workshops and listened to a presentation from two members of staff from the BIMM Screen and Film School, David and Raveena. The workshops saw the learners role-playing, as they explored how the production process of creating media works, including how narratives develop and the roles of a director, producer, director of photography and other production roles.

The event lasted all day and concluded with a presentation, which focused on the courses on offer at the BIMM Screen and Film School and the pathways that these courses can lead to in the future.

“We are grateful to David and Raveena from the BIMM Screen and Film School for giving up their time to visit us. Our students really benefited from their expertise and the role-playing gave them a great opportunity to see what it is like to work in the media and film-making industry.”

The BIMM Screen and Film School is part of the British and Irish Modern Music Institute, now known as the BIMM Institute, which is a group of eight independent colleges, which specialise in the provision of creative education in Brighton, Bristol, London, Dublin, Manchester, Berlin, Birmingham and Hamburg.