The College’s association with the City of Birmingham Rockets Basketball Club has been bearing fruit both on and off the court this season. 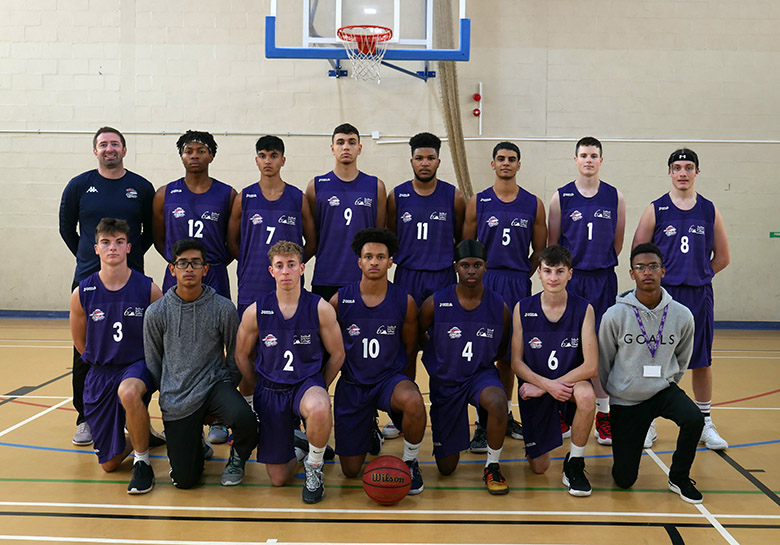 Five of the current squad are leaving the College this summer after completing their studies and their involvement with the Rockets has opened up some exciting doors for them.

Before the season was prematurely cut short by the Coronavirus situation and subsequent lockdown, the team has been performing very well. They won six of their seven AoC Sport games, including a comprehensive 118-36 victory over Walsall College and two wins over Worcester Sixth Form College. With six games unplayed, they were in a great position to challenge for the league title this year.

As well as their time on court, some of the squad took on some voluntary work. Some undertook officiating duties at the South Solihull Primary Schools tournament and did a very good job of refereeing the matches as well as offering words of encouragement to the young pupils. Two also volunteered as coaches at the Club’s Half-term camp and enjoyed helping the campers. Captain Chris Gkoufas also volunteered to coach at the Club’s regular Saturday morning development sessions and was complemented on his coaching and acceptance of responsibility.

Congratulations and warm wishes for the future go to the five players leaving the team this year for pastures new and for the rest of the squad and the new players we hope to add in September, we look forward to another exciting season.

“The College has been very supportive of the Academy programme and very positive relationships exist between the student athletes, coach and academic staff.”