Drama students at The Sixth Form College, Solihull showcased their skills this week with a series of performances in front of friends, family and examiners. 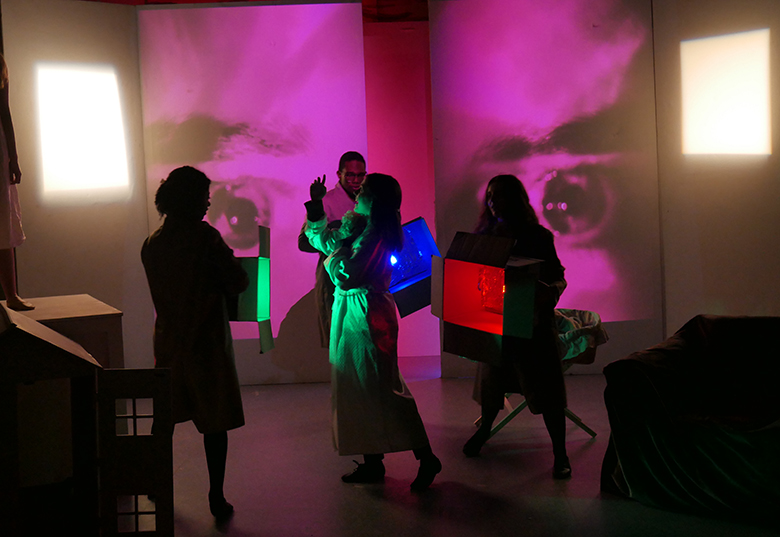 The second year A level Drama & Theatre students split into groups to be assessed on their scripted extracts from four plays. Their performances featured adaptations of the following plays: “Mermaids” by Polly Teale, “Mine” by Polly Teale, “Woyzeck” by Georg Buchner and “Spring Awakening” by Frank Wedekind. These adaptations focussed on issues such as class differences in society, the challenges of adoption and parenthood, psychological torment and mental health issues, sexual oppression in Victorian culture and peer pressure. The students chose the roles they wanted to be assessed on, including acting, set or costume design and lighting or direction.

The practical coursework element of the course carries 30% of the marks for this course and examiners from AQA were in College to assess their performances.

“The students have done several public performances during their studies with us, so they were prepared for the challenges it presents. Nonetheless, it is nerve-wracking enough to perform in front of an audience, without the added pressure of having examiners there assessing your work. The students worked really hard in preparation and very professionally on the night. The ensemble approach has also helped the students to hone teamwork skills that will help them in the workplace in future. I’m proud of the work they have produced.”

The next Drama Showcase takes place on Wednesday 6 and Thursday 7 June, when current Year 12 Drama students will showcase their work. Tickets information will be available in May, when we will be fundraising for the Drama department.