The Netball team at Solihull Sixth Form College are celebrating an outstanding result at the AoC Regional Tournament Under-21 Finals held this week at the University of Worcester Arena, where they finished as runners-up. 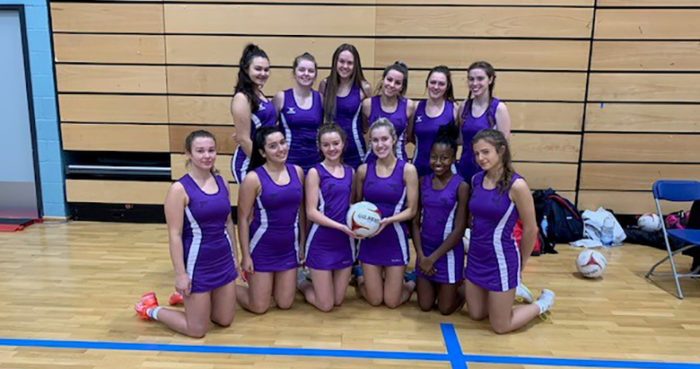 The girls played five games in the pool, winning each of these to reach the semi-final. They defeated teams from Worcester, King Edwards Stourbridge, King Edwards Nuneaton, Dudley and Stafford Sixth Form in the pool games. They came up against Hereford in the semi-final and in a very close game, the players maintained their form and excellent effort to ensure they reached the final.

The Final saw them facing Hartpury College. Solihull where leading by one goal going into the last second of ‘full time’, but as the hooter sounded the ball had left the Hartpury Goal Shooter’s hand to go through the net on the final whistle, making it 13-13. In extra time, Solihull played outstandingly, but Hartpury just had the edge and won 20-16.

“I’m so proud of the players for their effort, resilience and the positive attitude they showed throughout the whole tournament. This is a fantastic result for our College Netball team.”

“Well done to Sandra and the team for an outstanding effort. This result follows hot on the heels of winning the AOC West Midlands Netball League 2 last April. 2019 has been a great year for the Netball team.”