The Sixth Form College, Solihull acknowledged achievement and effort this week as the annual Awards Evening took place at the Renewal Conference Centre. 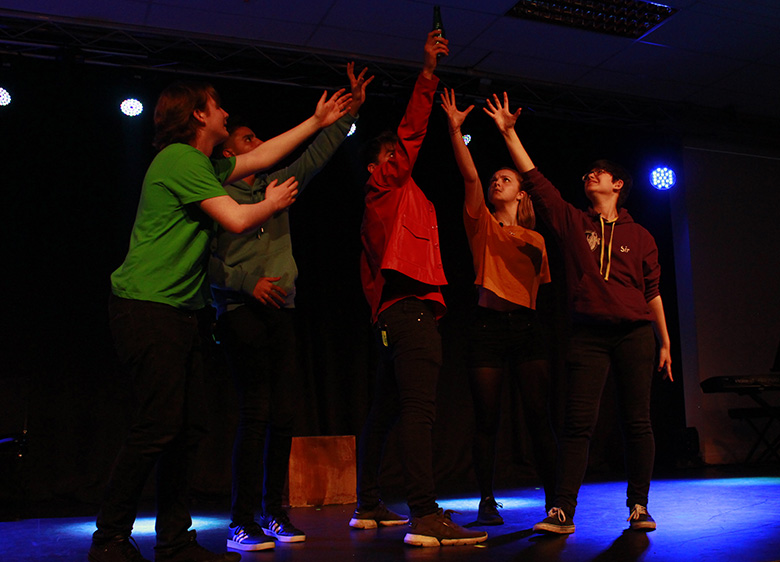 Deputy Vice Chancellor at Birmingham City University Professor Clare Mackie attended to hand out prizes for each A level and BTEC course at the College, as well as extra-curricular awards and staff awards. Teachers picked out the students for the awards, weighing up not only their achievements over this academic year, but also their attitude to study and the effort they have put in.

Staff and parents attended the black-tie event to see students receive their awards and to enjoy a host of student performance throughout the evening. Two Music students performed with Leah Priest singing “With You” from the musical “Ghost”, while Hannah Goodban gave a classical guitar performance. An extract from the Drama production of “Brainstorm” was performed by the Theatre-in-Education students, while members of the Collision Dance Company performed a piece called “Waiting Room”. The Media Studies department was represented by Ella Donohoe, who introduced some Media coursework in the form of Music videos. There was also a showcase of Visual Arts work on display and a video of the live brief projects students have done this year.

“The Awards Evening is our opportunity to take stock of the year and reward staff and students for their hard work and commitment. Their dedication shone through in the citations written in the programme and the wonderful performances students gave us. We are grateful to Professor Clare Mackie for giving up her time to be with us for the evening.”

As well as student awards, teachers from the Modern Languages, Childcare, Media, English and Drama departments were recognised for their achievements and support staff from Main Reception, Additional Learning Support, Academic Coaching, Student Development and HR were also represented.