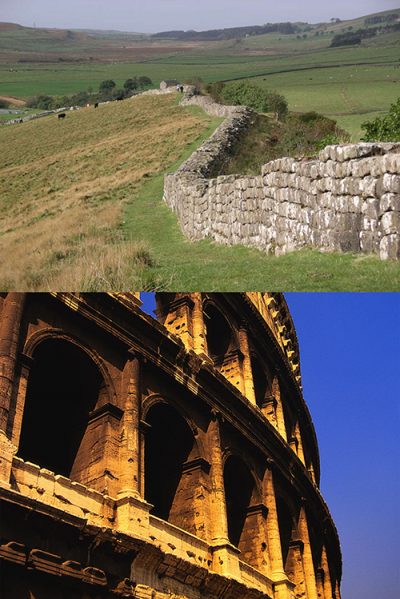 Unit 1:
Greek period study (492-404 BC)
We study the struggle between Athens, Persia and Sparta, for control and influence over other Greek states, including the conflicts recorded by Herodotus and Thucydides, the finest of all ancient historians.
Politics and society of ancient Sparta (478–404 BC)
We will study the peculiar state of Sparta, whose soldiers were famed for their courage and skill in battle that resulted from their extraordinary upbringing and the unusual nature of their society. Spartan women were considered highly unusual for their freedom and independence.

Unit 2:
Roman period study (31 BC – AD 68)
You will investigate the Julio-Claudian Emperors who ruled during this time, focussing on the reigns of Augustus, Tiberius, Gaius, Claudius and Nero, and how they ruled the Roman Empire both by force and by peaceful means.
Ruling Roman Britain (AD 43-128)
We will study the initial invasion of Britain by the Emperor Claudius in AD43, and the gradual conquest of the province up to the building of Hadrian’s Wall. In addition to the expansion of Roman military rule we will look at Celtic societies, resistance to Roman rule, such as the Boudican revolt and the increasing impact on them of the Roman civilisation and way of life.

No Coursework
Examination (100%) – requires students to show a knowledge of ancient sources and archaeological evidence together with modern interpretations. Skills required are developed through practice questions, class discussions and small-group work aided by slides, videos and computer-based presentations.
Examining Board – OCR.

What do our students go on to do?

This information is correct for September 2020 entry.

Make sure you know what grades you need to achieve to get your place.

Come and have a look!

Come along to one of our free college open days and see what courses and options we have to offer you. Book your place today!

Zoe Moles attended Light Hall School before joining the College to study A levels, with an ambition of eventually becoming…